Akon’s Maserati Quattroporte tinted and rims by 212 Motoring. The superstar is one of many artists who love to use its services.

Akon is an American R&B recording artist, songwriter, record producer, entrepreneur, philanthropist and businessman. He rose to prominence in 2004 following the release of “Locked Up”, the first single from his debut album Trouble. He has since founded two successful record labels, Konvict Muzik and Kon Live Distribution. His second album, “Konvicted” received three nominations for the Grammy Awards in two categories, Best Contemporary R&B Album for “Konvicted” album and Best Rap/Sung Collaboration for “Smack That” and “I Wanna Love You”. 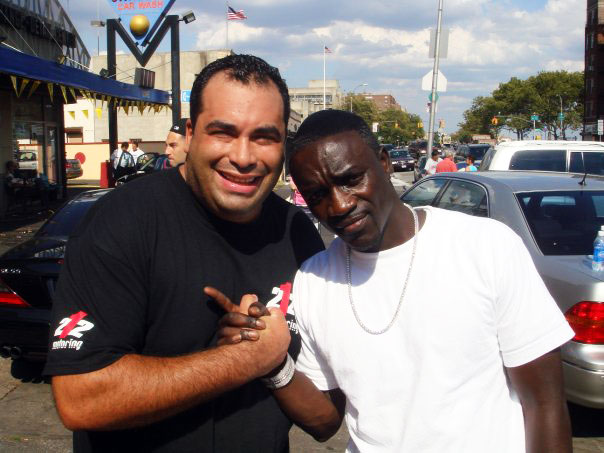 He is the first solo artist to hold both the number one and two spots simultaneously on the Billboard Hot 100 charts ‘twice’. Akon often sings hooks for other artists and is currently credited with over 300 guest appearances and 35 Billboard Hot 100 songs. He has worked with numerous performers such as Michael Jackson, Quincy Jones, Dr. Dre, Eminem, R. Kelly, Diddy, Lil Wayne, Bone Thugs-N-Harmony, Whitney Houston, Gwen Stefani, Lady Gaga and many more artists. He has had five Grammy Awards nominations and has produced many hits for artists such as Lady Gaga, Colby O’Donis, Kardinal Offishall and Leona Lewis. Lady Gaga and T-Pain are two artists who were given their chance at fame by Akon.

Akon and its window tinted Maserati Quattroporte in New York